At the Mumbai University she is the Director of the Diasporic Constructions of Home and Belonging Indian Diaspora Centre (CoHaBIDC ). This is an off shoot of the CoHaB project we had in partnership with the Universities of Oxford, Northampton, London, Muenster and Stockholm from 2012-15, which was funded by the Marie Curie Initial Training Network of the European Union from 2007-2019 coordinated the Indo-Canadian Studies Centre – ICSC, which is funded by the British Columbia Povince of Canada. This is a resource centre open to all scholars and researchers in the target area of Indo-Canadian Studies. I am a Faculty Associate Emeritus in the Centre for Indo-Canadian Studies at the University of the Fraser Valley, B.C., Canada.

She Has initiated and managed student and faculty exchanges with universities in Germany, France and Canada.

at the end of January 2014 retired as former Head and Senior Professor of the Department of English, University of Mumbai.  job description had included teaching M.A., M.Phil. and Ph.D. students in the areas of Indian Literature in English, Postcolonial Studies, Diaspora Literature and cinema.  was also involved in curriculum development and evaluation.

was Adjunct Professor in the Department of English, University of Mumbai from 2015- 2019 and taught diaspora literature and cinema related courses to the M.A.(Hons.) students. 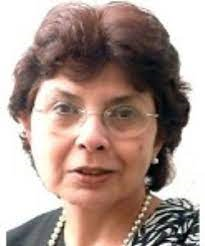