AURO University, Surat celebrated 74th Republic Day and Sri Aurobindo’s 148th birth anniversary in its campus on Saturday. All the guidelines of social distancing were followed.

The Republic Day celebration began with flag hoisting by the Hon. Vice Chancellor Prof. Rajan Welukar and was concluded with the singing of national anthem.

The Hon. Vice Chancellor Prof Rajan Welukar deliberately delivered his address in Hindi and paid homage to all the freedom fighters who sacrificed their lives for republic. He went on to emphasized on using the term nation over country as it has broader connotations. Prof Welukar also announced the name of winners of various online competitions organized by AURO University in the past few months. He also praised all the participants saying that participation is more important than winning. With his distinct sense of humour, he kept the audience engaged.

A recorded message of Sri Aurobindo that he had recorded on the eve of Republic Day in 1947 for radio.

The celebration was concluded with release of a sketch- animation video on Sri Aurobindo. This video is made entirely in-house by AURO University and is first of the animation series on Sri Aurobindo that the university has planned. 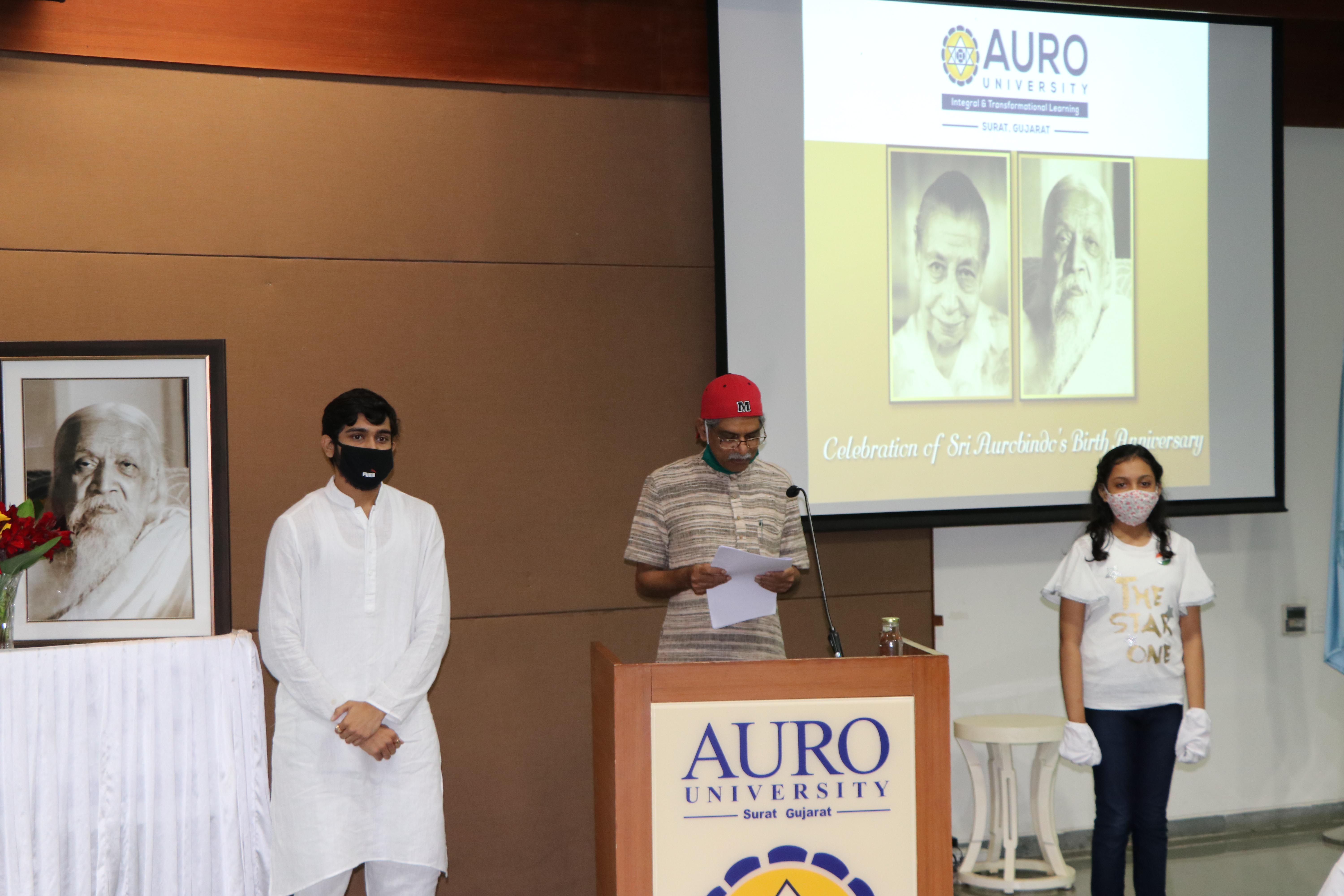