Dr. Anirban Ganguly is the Director of Dr. Syama Prasad Mookerjee Research Foundation (SPMRF), the think tank of the Bharatiya Janata Party (BJP) (www.spmrf.org). He is the National Co-In-Charge of the Library and Documentation Department of BJP and Member of the Policy Research Department of the Party. He has extensively worked in the areas of public policy, political research, ideological issues etc.

Dr. Ganguly had his early education at Sri Aurobindo Ashram, Puducherry and holds a Masters in International Relations, a Post- Graduate Diploma in Mass Communication & Journalism and a PhD in education from Jadavpur University, Kolkata.  He lectures in various leading universities and institutions across the country and has extensively travelled across the world and spoken at a number of think tanks & conferences.

Dr  Ganguly  has  authored/edited/co-edited  the  following  books, “Amit Shah and the March of BJP” (2019), “Making of New India: Transformation Under Modi Government” (2018), “Syama Prasad Mookerjee:  His  Vision  of  Education” (2017),  “The  Modi  Doctrine:  New Paradigms in India’s Foreign Policy” (2016), “Redefining Governance: Essays on One year of Narendra Modi Government” (2015), “Swami Vivekananda, Buddha & Buddhism” (2014) “Debating Culture” (2013), “Education: Philosophy & Practice” (2011). He has authored numerous papers, chapters and monographs on civilisational issues, politics, education and culture. He is a columnist with a number of leading dailies. 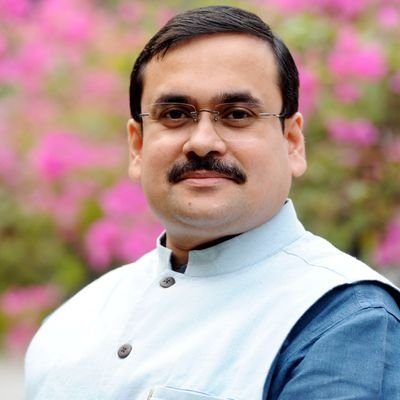